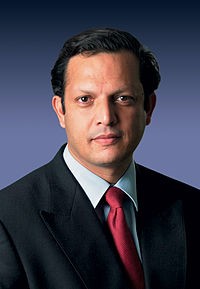 Sri Manchala has been the CEO of TRIANZ since its founding in 2001 and carries more than 28 years of experience in strategy and execution. Over the past 15 years, Sri has led TRIANZ and the development of perspectives and techniques for near term, outcome oriented strategies and execution from a top management point of view. Sri's personal passion for strategy and execution began early in his career. After high school, Sri joined the elite National Defense Academy and later graduated from the Indian Military Academy as an officer in the Indian Army. Sri was a Major and has served in the Infantry and a special forces unit of the Parachute Regiment. Joining the industry in 1994 Sri had a short stint at Asian Paints, India's largest paints manufacturer. After his MBA, Sri worked with KPMG in their Silicon Valley office in the firm's high-technology practice. Subsequently, Sri joined Cisco Systems at the company's headquarters in the information technology division and oversaw the strategy and implementation of key initiatives in the services business.

With the core mantra of ‘effective strategies and excellence in execution' Sri has positioned TRIANZ as a business and technology execution partner for leadership in client organizations. In that, TRIANZ is focused on helping leadership in client organizations develop a perspective, vision and results oriented strategies for their Digital Enterprise led by cloud, analytics, digitalization, IoT and security. Emphasizing that TRIANZ is driven by client execution success and business impact, Sri has overseen the rapid growth of TRIANZ from a small office in Silicon Valley to a firm with great Global 2000 clientele, 8 offices, and 1500 associates worldwide. Sri serves on the Board of Advisors at the Marshall School of Business at the University of Southern California, Los Angeles. Sri has been a soccer player, an athlete and is a keen sports enthusiast. Sri and his family live in the Silicon Valley.