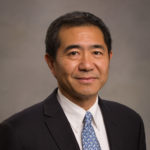 Baizhu Chen studies macroeconomics and international economics, with an emphasis on China. His work has been published in the Journal of Peace Research, European Journal of Political Economy, China Economic Review, Applied Financial Economics, Social Choice and Welfare, and Journal of Macroeconomics. He is Senior Researcher at the Institute of Finance and Banking at the Chinese Academy of Social Sciences, chief economist of Sino-Century Capital, a VC firm in Shanghai, and former president of the Chinese Economists Society. He was academic director for Marshall’s GEMBA program, and a recipient of the Golden Apple Award. He received his PhD and MA from University of Rochester and his BS from Fudan University.