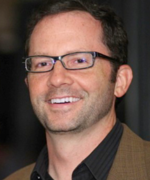 Jeremy Dann has served as an innovation consultant from 2000 to the present, working with such companies as Daimler-Benz, Levi Strauss, Spalding, Lockheed Martin, Guidant and General Electric. His work has focused primarily on new product development, creative marketing strategies and effective organizational practices for encouraging innovation. Jeremy launched and currently leads the case study development program at the Greif Center and USC Marshall. Before taking on his current teaching post at USC, Jeremy served for four years as a Lecturer on Marketing and Innovation at UCLA, teaching Corporate Entrepreneurship, New Product Development and Marketing Strategy. Jeremy has led innovation mini-courses and seminars at Princeton University, University of California-Berkeley (in association with the Berlin School of Creative Management), The Sorbonne in Paris, CESA in Bogota, Colombia and Kazakh British Technical University in Almaty, Kazakhstan.

Jeremy has collaborated closely with Harvard Business School professor and innovation authority Clayton Christensen—author of The Innovator’s Dilemma—on many research, case development and consulting projects. He also launched Harvard Business School Publishing’s Strategy & Innovation periodical and has been a contributor to major publications such as Technology Review and Business 2.0 and CBS’ online property Bnet.com. Earlier in his career, Jeremy spent several years as a consultant with McKinsey & Co. and served as the Manager of Sponsorship Development for the Atlanta Olympic Games. He serves on the advisory board for the Office of Extraordinary Innovation at Los Angeles Metro and on the advisory board for Cross Campus, the Southern California-based co-working and events company. Jeremy also has experience in the creative realm. He has been the editor of two internationally distributed periodicals. Jeremy is the author of a published novel and two staged musicals. Jeremy graduated from Harvard University with a degree in Government and East Asian Studies in 1992 and received his MBA with honors from the Harvard Business School in 1998.